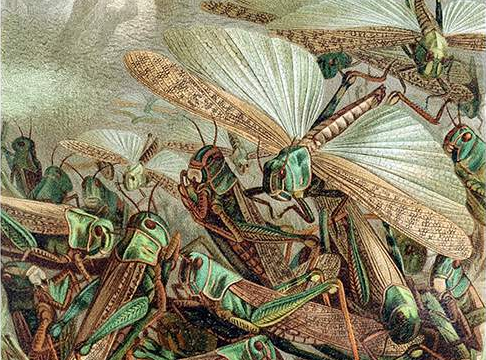 As COVID-19 continues colonizing the globe, it is not clear how long this will go on and what the ultimate impact will be in terms of lives and economic cost.  Towards the beginning of the outbreak, I had the privilege of watching a webcast with Andy Crouch who encouraged us to stop thinking of this like a snowstorm and instead to start thinking of it as a longer season like winter and perhaps a miniature ice age.  While I was just beginning to accept the reality of what 2 weeks of school closures meant for family life, I realized then and there this would be a long haul.  It looks more and more like a mini ice age with each new day.

At some point, whether through the discovery of a vaccine, the build up of immunity, or some other set of factors, the world will emerge from the pandemic.  When we do, things will be different.  Many will have lost jobs.  While some will be there, others will be permanently lost or altered.  Like a series of dominoes, this will trigger other losses like foreclosures, bankruptcies, and the like.  For as hard as the financial loss will be, though, the most difficult and permanent losses will be the amount of lives lost to COVID-19.  Some of the people who are near and dear to us will not be with us in the world after the plague.

What will life be like when COVID-19 no longer dominates the daily headlines?  We don’t yet know because we are not there.  However, our ignorance of the future should not keep us from living in the present with the unwavering assurance that God is at work.  He may, in fact, have surprising things in store for life after the plague that seem unlikely to us now.

Some of you might be wondering if this is just wishful thinking.  Perhaps it is.  However, this is not the first time that disease or plague has struck the world, nor is it the first time that God has allowed his people to suffer.  In the book of Joel, the prophet describes wave upon wave of locust swarms that gobble up every green thing in the land.  He writes:  “What the cutting locust left, the swarming locust has eaten.  What the swarming locust left, the hopping locust has eaten, and what the hopping locust left, the destroying locust has eaten” (Joel 1:4, ESV).  The incessant waves of locusts leave a wake of desolation behind them:  “The fields are destroyed, the ground mourns, because the grain is destroyed, the wine dries up, the oil languishes” (Joel 1:10, ESV).  Everything green is gone.

We might have a hard time connecting with what this meant, but imagine that you live in a world without a freezer (yes, that thing that most Americans filled as soon as they heard the meat processing plants were closing down).  You have no ability to store fresh food long term.  Now, add to that picture the fact that your daily bread does not come sliced in a plastic bag at the store but from the fields in front of your house, which you have cultivated and planted by hand.  In the past few months, as those little green shoots have emerged from the earth and stretched their wavy fingers toward the sun, you have had a swelling satisfaction that there will be food in a few short months.  The dwindling supplies in the grain bin—the pantry of sorts—have not concerned you.

This verdant vision is shattered one morning.  Instead of the usual morning glow, the sun seems unusually dim as you rise from your bed.  You wonder initially if some storm clouds have rolled in.  As you emerge from the door, you realize that these are not storm clouds.  No, these are grasshoppers, millions of grasshoppers.  As you look over at what was once a lush field of barley, you see bare stems like scrawny fingers pointing to the sky and clinging to them are ravenous grasshoppers munching any last bit of green they can find.  Horror sinks deep.  You run to the granaries to check.  There’s not much there now, and you’ll have to keep enough to sow for next year.  Fear strikes a little deeper.  Will there be food to eat when it all runs out?

A locust plague would have wiped out their economy and brought many of them to the brink of starvation.  There was no government safety net, no unemployment to file, nor was there any hope that some scientist in a lab could concoct a pesticide to stem the locust hordes.  Their only recourse was God.  In the book of Joel, God calls his people to “return to me with all your heart… and rend your hearts and not your garments (Joel 2:12b-13a, ESV).  Turn to God they did.

Because God is a gracious God, he heard their cries.  In response, he delivered an astonishing promise through Joel:  “I will restore to you the years that the swarming locust has eaten, the hopper, the destroyers, and the cutter…” (Joel 2:25a).  Imagine that!  God promises there will be bumper crops that will more than compensate for the losses of those lean years.  If God can restore the years of the locusts, then he can also restore the years that COVID-19 has taken.  Furthermore, if God can restore what is lost, then we can live in the present with hope that God can surprise us innumerable ways, even if the present road is hard and full of pain.

Still, even with the hope that God can restore the years the locusts have eaten, I have found myself praying a simple prayer: “Why?”  Why would God allow his people to go through such a devastating time?  Why might he allow us to go through such a time?  After all, many non-profits will face a setback.  Many people badly in need of food, water, medical supplies, and the Gospel will go without.  What good could possibly come from this?

Just a few verses after delivering the promise that he would restore the years devoured by the locusts, God reveals the ultimate result and goal of the locust plague:  “You shall know that I am in the midst of Israel, and that I am the Lord your God and there is none else” (Joel 2:27a).  In other words, through the locust plague, God was revealing himself to a new generation who would come to know that he is Israel’s covenant God.  He is the one who responds to their pleas for help.  He is the one who watches over them and supplies their need.

I wonder if God is not doing something similar now.  What if those of us who have claimed this God as our own are being invited into a deeper way of knowing him?  What if we are being invited to trust him and him alone in a whole new way and the only way to get there is to watch our 401k’s shrink precipitously or to get that sinking feeling as our boss hands us a pink slip?  Even as someone who follows this God, I sometimes find myself operating from a form pragmatic deism where God seems to be up there doing his thing and I just need to make wise, moral decisions down here.  Folks, this is not the God of the Bible who is living and engaged with human life.  Perhaps our plague is also an invitation to watch God chisel through these apathetic layers of our hearts to discover that God is already at work and closer than we currently imagine.

If God is doing this, if he is inviting us into deeper ways of knowing him, how does that change your heart’s posture to the pandemic?  Where have you already seen him at work in this way?  What new ways of trusting God and knowing him have already begun to take root?  God may restore to us what we have lost financially in a few years.  For as great as that sounds, I think it would be far better if we enter that future with a fuller knowledge of who God is and a deeper trust and awareness that he is God.  God seems to have wanted that for the Israelites after the locust plague.  I imagine he wants that for us after this plague as well.