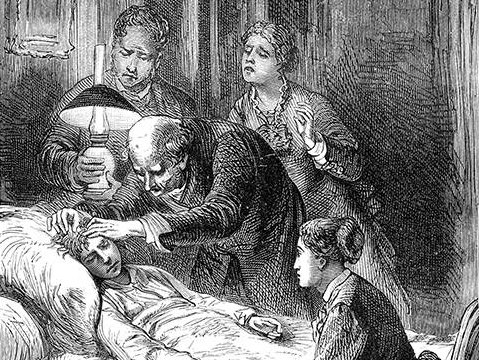 There you sit by the pool. Another day of waiting and hoping. For 38 years you’ve been unable to walk, and, for some time now, you’ve been by this pool of water that is said to heal the sick when the waters are stirred and the first person enters it. But because of your disability, you’ve never made it into the pool in time and further, no one is interested in helping. Today is different though. A man takes notice of you. You avert your eyes from his gaze but then he speaks to you. “Do you want to be well?”

“Do I want to be well?! Of course I do,” you think. Long years of depending on the charity of others has conditioned you to respond more meekly than that though. You explain to the stranger that you can’t get into the pool by yourself, and no one will help you. And then something amazing happens! He tells you to take up your mat and walk and in that instant you are healed!

If you are familiar with the Bible, then you know that I just described the scene in John chapter 5. This man whose name we never learn was looking for healing from somewhere it would never come. Did the pool at Bethesda actually heal people when the waters were stirred? It seems unlikely just based on the number of sick and lame people who were still gathered around it when Jesus arrived. Also, the description of the man’s situation and being unable to reach the water in time seems like it would be out of character for God.

This is a story of Jesus physically healing a man but what struck me in this passage was that he had been an invalid for 38 years, and I couldn’t help but feel in that moment that I have been a spiritual invalid for most of my 38 years. Without Christ, all of us are. None can come to the Father but through him. Just as that man was seeking physical healing from somewhere it would never come, so often we seek to be made spiritually whole through earthly means that ultimately cannot bring us into communion with God. Being a spiritual invalid could mean that a person has never known Christ. It could also mean that even though we have experienced the saving grace of of Jesus, that our day to day lives are not often reflective of that.

Whether it is our careers, hobbies. family, or even just wasting time with the TV and internet to avoid confronting the dark parts of our hearts, we all do it in various ways, and so long as we turn to anything but Jesus we can’t be made well spiritually. That is what Christ is offering us. A simple question, “Do you want to be well?” Salvation, which cost Him so much, is offered to us freely. It was that phrase that Jesus spoke that stuck with me this past week during church. Me, a spiritual invalid of 38 years, and Jesus through his death and resurrection has offered to make we well.