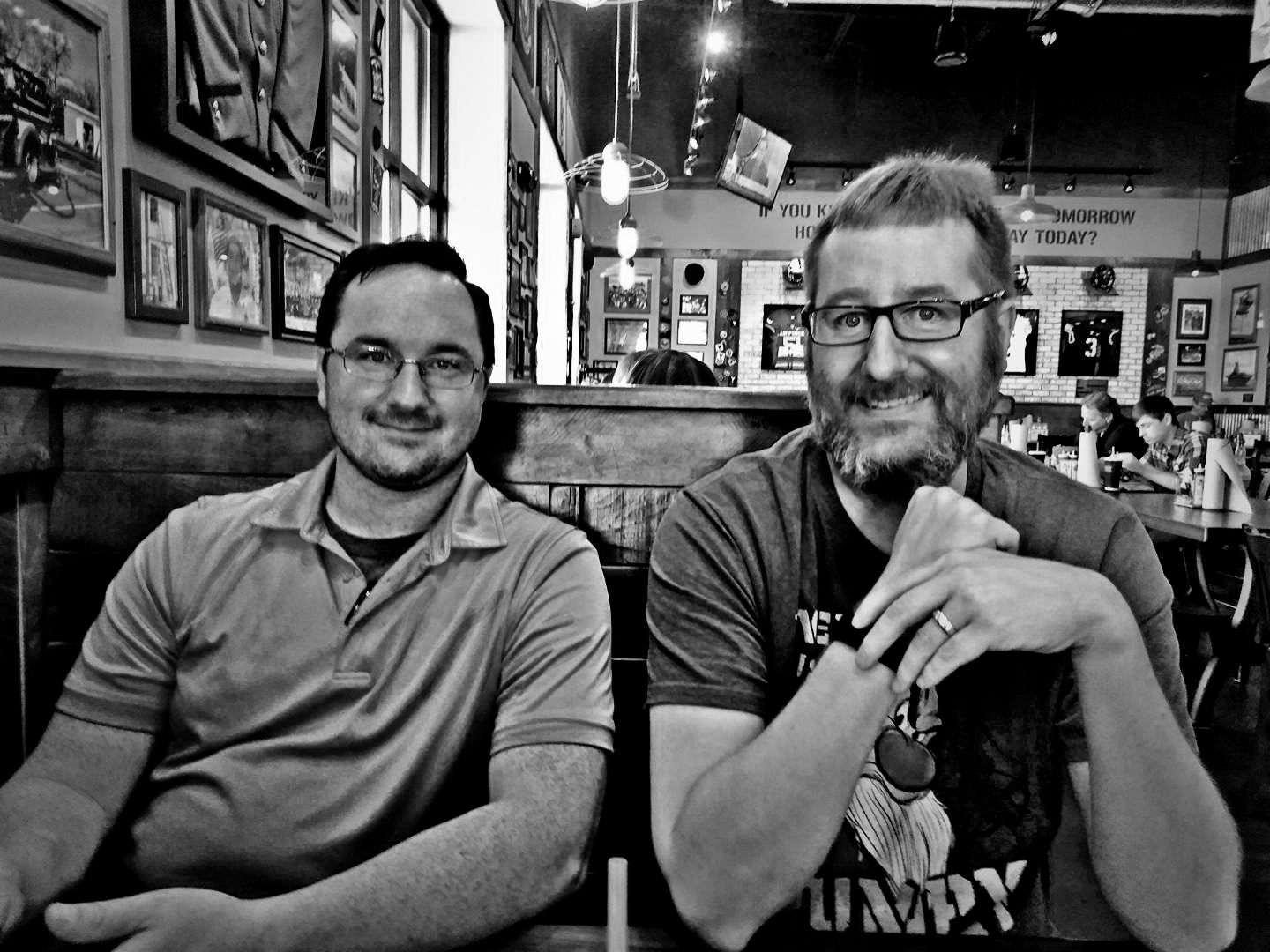 Pastor Mike, Spreading Light’s founder, passed away in August of 2018 and went home to be with the Lord following a battle with cancer that was not able to be won in this life. Shortly before his death, Mike asked me to take over his websites for the purposes of maintaining them.

This post should have been written a long time ago but it took me some time to come to grips with the loss of my closest friend and be able to approach continuing his work through this ministry. If he was known as Pastor Mike, I guess you could refer to me as Layman Tim.

As Spreading Light Ministries has moved to a new host and some of the related websites are being shuttered to be able to focus efforts more keenly on spreadinglight.com, some aspects of the ministry might look a little sparse for a time. At one point, Pastor Mike had over 20 domain names filled with theological content and all related to spreadinglight.com. That content from the periphery websites has not been lost and has been archived for now. Part of the reason for this contraction of web space is that the nature of the internet has changed quite a bit in the past 7 or 8 years. Mike saw this change and how devastating it could be to websites such as this first hand.

At it’s height, Spreading Light was reaching people in over 100 countries around the world. But Google changed its search algorithm and Pastor Mike saw traffic drop to a fraction of what it once had been, and consequently the income that supported Spreading Light Ministries also. Concurrently with Google changing search algorithms, the way people interact with the internet changed. Spreading Light was founded before social media and smartphones and as such was not built in a way to take advantage of that changing landscape of internet interactivity.

It is with all of that in mind, that I think about the future of Spreading Light Ministries. It will continue to be a repository of Mike’s life’s work. But the changing nature of the internet that I outlined in the previous paragraph also mean that for Spreading Light to continue to have an impact now and in the future and for people around the world to once again be able to find and have the opportunity to read Mike’s words of encouragement, that it has to become more than that.

I hope that you, dear reader, will come along for that journey. I would never claim to have the depth of theological understanding, educational background, or ability to write so extensively on biblical topics as Pastor Mike. I do hope though that I am able to build on that legacy in some small degree and in so doing, ensure that Spreading Light continues to be accessible to a new generation of web users.