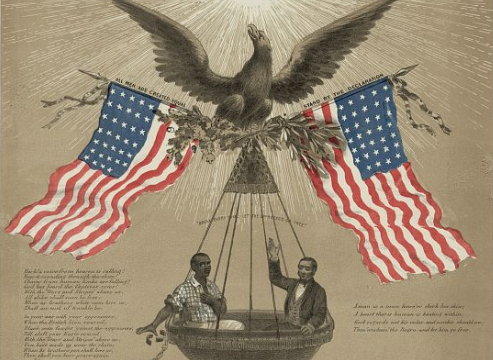 Today is Independence Day in the United States and there will be a lot of celebrating along with hemming and hawing about what the Founding Fathers would think of our country today.  There has been nearly endless discussion over what flags are appropriate to fly and what our Constitution says about free speech and marriage.

Perhaps though, we take far too much of our identity from the nation and/or state that we were born in.  This is not to imply that I would want to live somewhere else.  It’s just the fact that we should identify ourselves as Christians first and foremost.  If the laws and morals of our land do or don’t match up with our biblically defined values is almost secondary.  We must obey God rather than men.

The author of Hebrews shows us where our loyalty should be.  Hebrews 11:13-16:

13 All these people were still living by faith when they died. They did not receive the things promised; they only saw them and welcomed them from a distance, admitting that they were foreigners and strangers on earth. 14 People who say such things show that they are looking for a country of their own. 15 If they had been thinking of the country they had left, they would have had opportunity to return. 16 Instead, they were longing for a better country—a heavenly one. Therefore God is not ashamed to be called their God, for he has prepared a city for them.

Each of us may have a certain responsibility to stand up for our beliefs and hold fast to what God teaches us rather than what man says we should or shouldn’t do.  In the end though, we are surrounded by people who are not Christians and they will act as non-Christians act.  While there are good Christian men and women in government, there are many non-Christians in government as well and they will pass laws that are not in line with our values.

Our nature is to despair over the laws of our country changing and moving away from how we understand the Bible.  And certainly there is some reason to despair and be concerned over the moral decay that we see around us.  On the other hand though, we must keep things in perspective.  Whatever nation or state we pledge allegiance to is not the one that God intended for us.  True Christians long for a better country – a heavenly one.

Whatever you do today, whether it is celebrate the founding of a country or despair over the loss of the values it once had, remember that this home is only temporary.  We are strangers and foreigners in this land.  Our citizenship lies elsewhere in a place that is perfect.  We are awaiting that place.  Jesus has gone ahead to prepare that place for us according to John 14:2-3:

While we may disdain over what our earthly nation has become, let us keep in mind that this is not our true home.  Our true home is being made ready for us.  And with that in mind, the best we can say is “Come quickly Lord Jesus.”