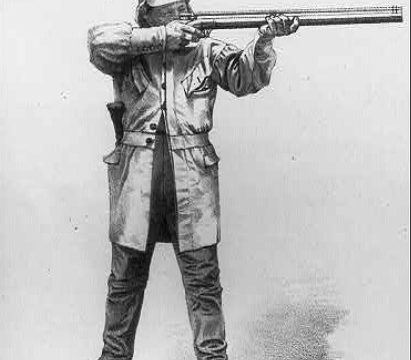 Another tragedy has rocked our country and has left pundits scrambling to be heard the loudest for their cause in order to take advantage of it.  While racism and guns will be blamed – and may be part of the problem – the root of this is sin.  Racism does not exist without sin.  Gun violence does not exist without sin.  If we fix the sin problem we won’t have these tragedies any more.

And that’s the biggest problem.  Even if Christianity is wildly successful at taking people who are full of hate and filling them with the love of Jesus, all it takes is one person for such events to happen again.  But more to the point, does the church appear to be the least bit successful in reaching our culture and turning people from hate to love?  Certainly there are grand stories to be shared but overall it seems as though we are losing the battle.  And this is not just an issue in the United States.  In many places that were once predominantly Christian, it appears as though the battle has already been lost.  Grand cathedrals are no longer places of worship but are tourist attractions and markers of history of a bygone era.

From the perspective of most people, society seems to be getting worse, not better.  If that is the case, the broader question is why.  Why has the church lost ground in society?  Why has sin become so predominant everywhere we look?  And more importantly, why wasn’t sin defeated at the cross?

There are no easy answers to these questions and how a person responds to them will vary widely on the theology they’ve been taught to believe.  It wasn’t that long ago – a hundred years or so – that the predominant theology said the world would keep improving until the gospel reached everywhere and it would usher in Jesus’ Kingdom.

Now, many people believe just the opposite.  The world is getting worse and worse and it will only be fixed when Jesus returns with a sword to strike down His enemies.  Regardless of the interpretation or how literally one takes it, the book of Revelation certainly depicts a lot of calamity before peace is achieved.

This still begs the question of why though.  Why has the devil not been defeated?  It’s certainly a very hard argument to make that he is not present and active in the world today.  Where is the victory over sin and death that we were promised?  Are all of the promises of the cross only valid at the end of this age?

I don’t have all of the answers but I do have a few thoughts.  For starters, Satan has definitely been defeated already.  In our limited ability, we often depict a battle between God and Satan; I still use such metaphors myself.  That gives far too much credit to Satan and not nearly enough credit to God.  This was never a battle because that would imply that Satan ever had a chance at winning.  Satan has led a rebellion and that rebellion has been thwarted because it never stood a chance to begin with against an all-powerful God.

What we experience today is the effects of the rebellion.  The world is currently Satan’s domain.  He is the prince of this world.  To depict things in a modern context, Satan is holed up in a little house with the full force of the military outside of his door.  He currently has full reign over the things in that house but there is no way that he is getting away.  His rule is not absolute nor is it eternal.  While he holds sway over humanity now and he holds us hostage, it is only temporary and he has not usurped God’s power.

Satan has been defeated at the cross but we still see the effects of sin and death because we are incapable of viewing time from God’s perspective.  Two thousand years and counting since the time of Jesus is a very long time to us but it is the blink of an eye to God.  The rebellion has been crushed but Satan is still going to take as many people with him as he can.

We live in “the end of this age.”  Ever since Jesus ascended to heaven, every generation has had people who were convinced that He would return in their lifetime.  No matter the signs that people see, we don’t know when His return will be.  The end of the age can end tomorrow or it can stretch on for another two thousand years.  That seems unlikely to us but it certainly seemed unlikely to many in the early church who also expected Jesus’ immediate return.

We do see parts of the victory in the world around us though.  Amidst the kind of horror that we can only hope and pray we never experience, we can see Christians who respond with love and forgiveness.  This does not mean that there is not also sorrow and anger but I believe that it is only through the power of God that any kind of peace can be given in this kind of situation.

Compare the response of Christians to tragedy to that of non-Christians.  While I can’t say that it is universal, in general there is certainly a greater amount of love and forgiveness that surrounds a tragedy.  That is the victory of the cross that we experience today.  It is the ability to handle the worst of what life has to offer and still awake the next day and say “God is good.”  It doesn’t mean that a Christian is happy about the circumstances but they can still have a peace that passes understanding knowing that God still has the victory despite the evidence that sin is alive and well today.

In the end, we still long for the day when all sin is eradicated and Satan has no power over us.  While we wait, we will endure the effects of a broken world that is in rebellion against God.  But we do so knowing that it is temporary.  We will see the full effects of victory and we can experience the partial effects of it now.